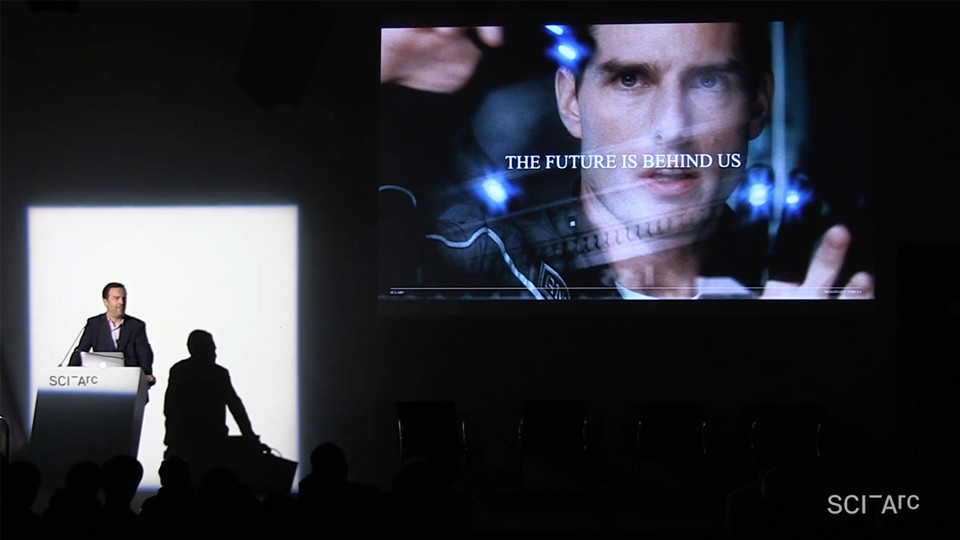 What is the future fundamentally? At its most basic, the future is unknown. It can only be predicted on the basis of known circumstances: current technologies, attitudes, and lifestyles. Early 20th century proposals of the future contained fantastic landscapes and preposterous technologies. But as the 20th century drew to a close, futurists shifted focus from the distant future to the near future. At the same time, the “present” became shorter. Instead of lasting three or four years, it was reduced to the brevity of a news cycle. Driven by the ever-increasing speed of technological and social change, the “present” and “future” became one and the same. Without a temporal distinction, how else can the future be conceived? How can we visualize the future, when it is same as the present?

On October 25, JAPAN HOUSE Los Angeles led a conversation about the design of the future in an era in which the “future” exists in the present. The discussion was led by three professionals who specialize in envisioning and creating the future.

One of the best-known Japanese architects today, Sou Fujimoto (1971) graduated from the Faculty of Engineering at Tokyo University with a degree in architecture. The majority of his work (initially characterized by projects in small spaces) is concentrated in Japan, where he founded Sou Fujimoto Architects in 2000. Fujimoto rose to fame a few years later after winning the Architectural Review Awards prize for emerging personalities in the world of architecture for three years in a row. Fujimoto was awarded the Japan Institute of Architects Grand Prix in 2008, and in 2012 his entry for the Japan Pavilion of the 13th Venezia Biennale International Architecture Exhibition was granted the Golden Lion award. In the following summer, Fujimoto was invited to design the prestigious seasonal pavilion at London’s Serpentine Gallery. He teaches at the universities in Tokyo, Kyoto and Minato (Keio University).

Liam Young is an Australian born architect who operates in the spaces between design, fiction and futures. He is founder of the think tank Tomorrows Thoughts Today, a group whose work explores the possibilities of fantastic, speculative and imaginary urbanisms. Building his design fictions from the realities of present, Young also co-runs the Unknown Fields Division, a nomadic research studio that travels on location shoots and expeditions to the ends of the earth to document emerging trends and uncover the weak signals of possible futures. He has been acclaimed in both mainstream and architectural media, including the BBC, NBC, Wired, Guardian, Time Magazine, and Dazed and Confused and his work has been collected by institutions such as the Metropolitan Museum of Art and the Victoria and Albert Museum. He has taught internationally including the Architectural Association and Princeton University and now runs an M.A. in Fiction and Entertainment at SCI-Arc. Young manages his time between exploring distant landscapes and visualizing the fictional worlds he extrapolates from them.

Peter Frankfurt serves as Executive Creative Director and Managing Partner of award-winning creative studio Imaginary Forces, which he co-founded in 1996. A multi-Emmy award winner whose career as a film producer includes such titles as the Blade Trilogy and Ernest Dickerson's Juice, Peter’s desire for telling stories through design continues to be a guiding light for IF. He has been featured in many publications worldwide, most recently: Time Magazine, Bloomberg, and Entertainment Weekly. His work is displayed in the permanent collection at the Museum of Modern Art (MoMA). Peter resides in Los Angeles, California with his wife and two children.

Hitoshi Abe is Principal at AHA (Atelier Hitoshi design) an architectural design firm based in the U.S. and Japan. He is currently an advisor to JAPAN HOUSE Los Angeles, while also a Professor in the Department of Architecture and Urban Design and Director of the Terasaki Center for Japanese Studies, both at UCLA.

JAPAN HOUSE is an innovative, worldwide project with three hubs - London, Los Angeles and Sao Paulo - conceived by the Japanese Ministry of Foreign Affairs. The initiative seeks to nurture a deeper understanding and appreciation of Japan in the international community. Located in the heart of Hollywood, JAPAN HOUSE Los Angeles serves to showcase the best of Japanese art, design, gastronomy, innovation, technology, and more, offering a rich experience that intrigues the five senses. Event made possible by the generous sponsorship of Nitto Tire U.S.A. Inc..